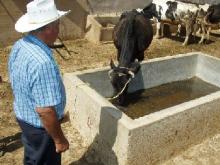 The case study was carried out around the rapidly growing city of Cochabamba in central Bolivia. The study areas were Tarata, a small town to the south-east, and Tiquipaya, which is located on the peri-urban fringes of the city.

One part of the case study involved investigation of household water-use patterns in Tarata and Tiquipaya. This research examined the multiple use of domestic water supplies, and the use by families of multiple sources to meet their water needs for both domestic and productive activities. As the city of Cochabamba expands, it is argued by the authors that productive water uses such as irrigation of gardens ( huertas) are likely to make significant demands upon new domestic water supply systems. These uses are equally likely to have an important impact, whether positive or negative depending on your viewpoint, on the overall availability of water resources as well as on the livelihoods of urban and peri-urban water users.

The second part of the case study investigated a serious conflict in Tarata over allocations of water for household level productive uses around the town. Disputes came to a head in 2002 over the rights to use water for urban and peri-urban agriculture from a multiple purpose water supply system (Laka Laka). The Laka Laka dam was planned to provide water for a large irrigation scheme and to meet the basic needs of domestic users in the town, but not specifically for productive water uses within the urban area.

Almost 5% of the estimated reservoir yield (or 10% of the storage capacity) was originally allocated for urban water supply, but this could not be used as drinking water due to the poor water quality and high costs of treatment. The urban community organised to utilise this water, on the basis of advice they received from local government supporting their proposals, for irrigation of huertas instead. An organisation was formed to develop the infrastructure to supply this water to huertas. However, there were violent conflicts with farmers from the irrigation scheme ( regantes)who were determined to protect their irrigation water rights.

Read more about this case study in the following documents:

Livelihoods in conflict: disputes over water for household-level productive uses in Tarata, Bolivia

This case study was undertaken by the Andean Center for Water Management and Water Use (Centro-AGUA) at the Universidad Mayor de San Simon in Cochabamba, Bolivia. For further information please contact Rocio Bustamante at Centro-AGUA (vhrocio@entelnet.bo) or John Butterworth at IRC (butterworth@irc.nl ) . 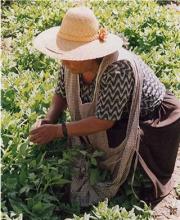 Livelihoods_in_conflict_disputes_over_water_for_ho.pdf
Moriarty P, Butterworth J, van Koppen B.  2004.  Global: Beyond domestic:case studies on poverty and productive uses of water at the household level.

Is something missing from your work in water supply? Do individuals and communities that you work with use their water supplies for multiple purposes? Are you challenged by how to help the poor gain access to water (beyond 'traditional' domestic or field-scale irrigation needs) for activities that generate food and income like fruit and vegetable production, keeping livestock, brick-making and building, and a wide range of informal micro-enterprises? Do you search for ways to improve cost-recovery?

The book will inspire and support professionals seeking to move beyond sectoral boundaries in domestic or irrigation water supply, and contains many suggestions for an agenda of policy change, implementation and further research.

The full publication may be downloaded from the IRC website. A hard copy of the publication is also available. Please contact IRC at publications@irc.nl 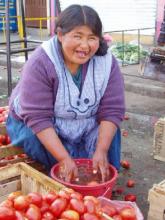